If J K Rowling redefined children's literature, Suzanne Collins did it with young adult dystopian novels. Her Hunger Games series spent months on the best seller lists, eventually spawning three blockbuster movies and igniting a hot new genre in the writing world. For someone who's such a trailblazer, Collins has surprisingly traditional writing habits. Or maybe they're not so surprising, considering the work she's been able to do in such a short time. Far from being an overnight success, Collins has been a working writer for years, publishing her first novel in 2010. When asked about being a successful author, she often gives the same advice. Here are some of her best tips: 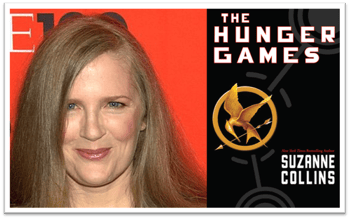 Collins starts her day with a quick bite to eat, then immediately jumps into work in the morning. She says, "The more distractions I have to deal with before I actually begin writing, the harder focusing on the story becomes." In other words, no email, no social media and no waiting around for inspiration to strike. She hits the ground running and works straight through until mid afternoon until her productivity starts to dwindle.

Suzanne Collins may have broken the young adult genre wide open, but she's often said that she doesn't write about adolescence. She writes about war and personal relationships, and does it in a way to attract adolescents. In other words, topic first, audience second.

Collins is a staunch advocate of authors writing what they know, but she doesn't advise sticking with only that. She expands on the advice by telling authors they should write what fascinates or excites them personally. That excitement will come through in your writing, making for a better story.

According to Collins, all stories are basically the same. You need great characters and a good tale to put them into. "People think there's some dramatic difference between writing Little Bear and The Hunger Games, and as a writer, for me, there isn't." The rest is the shape you wrap the story in.

If Collins works for three to five hours, she considers that a productive day. She also includes days when she's just staring at the wall, as that can be productive, too. Writing isn't always about sitting in front of a keyboard and hitting the keys. Sometimes a story has to work itself out in your head before you can write it, especially if you've got character and plot problems.