Turn Your Book Into a Movie With Voyage Media

Twenty years ago authors were stuck with the traditional publishing world, with corporate gatekeepers who decided whether a book was publishable or not. Today's indie publishing world has changed all that, allowing the readers themselves to become the gatekeepers. The film, TV, and web series world is ready for that kind of revolution right now, and Voyage Media is poised to make it happen. Authors who are confident that their book or book series is meant for the screen now have an ally when it comes to bringing their stories to life. It's called Voyage Media, and it's helped thousands of authors to bypass the Hollywood gatekeepers and go directly to producers looking to make a production deal. 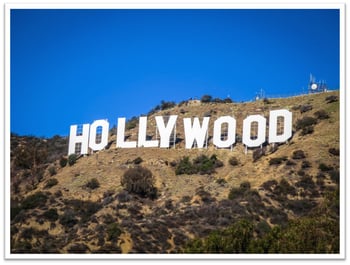 Few authors know enough about the film and television business to make intelligent decisions about their project, and Voyage Media helps to change this. They offer over 450 different classes on topics like:

If there is any aspect of the business you feel you need to know more about, they've likely got a video class to teach you the details. The prices for classes vary, but you'll get access to all of them by becoming a monthly member of the site.

Get Connected With Producers

Voyage Media works with a long list of respected producers in the film and television world, and all of them will work with members to bring their project to life. You have a chance to work with producers like:

These producers are all ready to advise you on market and creative needs, as well as your overall career direction.

Voyage Media prides itself on the number of members who have gone on to have their projects picked up by producers. From the Flipping Miami reality show on A&E to the award-winning documentary Valley Uprising, this company helps people get financed and connected with those who make entertainment for the big and little screens.

Voyage Media offers a wide variety of levels, allowing authors to investigate the process without a big commitment. In the beginning, you can produce your profile and contact producers to pitch your ideas for free. For a modest $9 a month, you can join in on two live online Q&A sessions with producers, in an ask-me-anything approach to the business. Pay $47 a month and you'll have access to all 400+ video classes that teach you about the business. At the highest level, $197 a month, you'll get a one-on-one strategy session with a producer of your choice to accelerate your project's progress. CLICK here or below to get you FREE GUIDE!