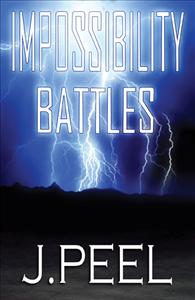 Of the half dozen gargoyles that were now climbing on the speeding train, only one of them had gotten inside. But one was all it took. Although slow and heavy, gargoyles were practically invincible targets.
“Aim for the neck!” Max shouted, as he teamed up with Kat to fight the creature.
“It’s not doing anything!” she insisted, still swinging her blade.
Max slashed at the gargoyle’s thick exterior, chipping away small chunks of rock. The creature wasn’t affected at all. If anything, all the feeble attacks did was anger it. Reaching down, the gargoyle grabbed Max’s ankle fiercely.
Seconds later, Max was soaring through the air, weightless and swift. His body became a wrecking ball for the metal poles standing in the way of his flight, before he touched down on the opposite side of the train car and slid into the far door with a heavy clank.