The Top Five Tips for Writing a Bestselling Novel

END_OF_DOCUMENT_TOKEN_TO_BE_REPLACED 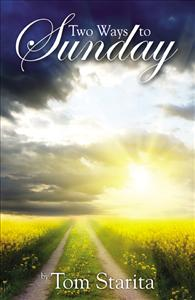 This is one of the fastest selling books in the Infinity Publishing catalog.  You saw it here first!

END_OF_DOCUMENT_TOKEN_TO_BE_REPLACED

“I want to sell a million copies of my book"

I hear this sentence at least three times a day.  A million copies. The magic number.  Just thought I’d throw a few more magic numbers out there….

Here is a brief run down of Stephen King’s latest marketing program for his last book from an October 2011 Wall Street Journal Article.

Mr. King and his publisher, Scribner, face an odd challenge as they unleash an elaborate marketing campaign to promote “11/22/63.” How do you rebrand one of the world’s most famous and successful living authors? Scribner is targeting history buffs with book-giveaway promotions on bio.com and history sites. To reach news junkies, the publisher bought ad time on 11 p.m. news programs in New York, Los Angeles and Chicago. The 30-second ad, which will also run on the CNN airport network and on the A&E and Syfy networks, shows archival footage of Kennedy’s Dallas motorcade, with a voice-over that says, “What if instead of justwatching history, you could change it?” Mr. King’s book tour will include appearances at the John F. Kennedy Presidential Library and Museum in Boston and at the Sixth Floor Museum in Dallas, the site Oswald fired from. The Dallas museum is preparing to host 1,000 people.

So what do we take away from this?

Mr. King has a huge following and decades of New York Times Best Sellers behind him.

He was on the road for weeks doing events in high-profile locations.

His publisher purchased ads on CNN, A&E the 11pm news in major markets.

Scribner also launched a multi-platform online campaign that gave away over 3000 books.

The magic number since the book released last November?  According to Bookscan, Mr. King has sold 576,361 copies across all formats.

One of the best-selling authors of all time spent over a hundred thousand dollars on marketing with his publisher and even with eBook sales included, did not reach a million copies.

What is the real magic number?

Right behind that is the number of ads and programs you participate in.

But that last number does not count much unless the ads and programs are in top venues (USA TODAY, PEOPLE, CNN…)

Next up is the number of PR and marketing professionals you are working with.

Then is there are the amount of reviews you get

A BIG number is how many retailers are getting your marketing and PR information to convince the buyers to buy your book.

Finally, there is the elusive “tipping point” number.  How many people have to love and recommend your book before it takes on a life of its own?

So what is the answer to the question “what are the right numbers for my book?”.

It is different for everybody, but start with THOSE numbers and THEN tell the world how many you plan on selling.  If you are going to spend 20 hours and $4000 on sales and marketing, your book will not “catch fire”.  The stories of books that grow from nothing and become huge successes have enormous numbers behind them. Numbers of hours, numbers of dollars, numbers of supporters…. the ratio varies, but the totals are the same.  At least a million….

Amy Collins MacGregor started her career in the book industry as the book buyer for Village Green Books in Upstate, New York. In 1996, she “hopped the desk” and thoroughly enjoyed working as a National Account Rep for Prima Publishing.  In 2001, Amy was named Director of Sales at Adams Media in Boston and quickly rose to the Special Sales Director for parent company, F+W Media.  Over the years, Amy has sold to Borders, Barnes and Noble, Target, Costco, Wal-mart, and all the major chains as well as help launch several private label publishing programs for chains such as PetSmart and CVS. In February 2006, Amy started The Cadence Group and now runs the fastest-growing book distribution company in North America, New Shelves Distribution, where she offers her sales experience to small publishers and self-published authors.