When Sarah Maizes started out in the business, she was a literary agent for a number of award-winning children's book authors. Her clientele included such stars as Dav Pilkey (Captain Underpants, DogMan), prolific middle-grade author Paul Zindel, and even the beloved Judy Blume. After years in the business, Maizes knows what sells and what doesn't in the world of juvenile books. Illustrated books need more than a fantastic character and an interesting story. Here are some of her best tips for writing a children's book that's more likely to reach the bestseller charts. 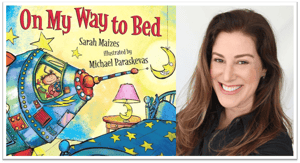 Even the most relatable children's books around don't appeal to every child. What works for middle school children will never fly with first and second graders. Pick your age group and aim everything in your books toward those kids. Most publishers are looking for books for young fans age 2-6, middle grade kids of around 8-11, and kids 12 and older. If your book is truly special the appeal will spill over onto other age groups, but focus your aim toward one group of kids.

Pick a Theme They Can Relate To

Does your book's theme have wide appeal to your target market? Is it about something that's important in their world? If your readers recognize something about your story as being familiar, and they can see themselves in it, they'll want to read your book over and over again.

There's nothing wrong with showing the greater good in your book, but don't hit kids over the head with moral tales. According to Maizes, "Kids can smell morals. And they smell like Brussels sprouts."

A true story has a beginning, a middle, and an end, whether it's aimed toward adults or second graders. A picture book doesn't need as much complex plotting as a multi-generational novel, but you still need to tell an engaging tale. Use what you've learned about plotting novels to create a simplified but satisfying version for your juvenile books.

Jumping on a literary bandwagon might initially attract readers who want more of the same kind of books they like, but the way to create a career in kids' books is to write a unique series or set of books with your own individual viewpoint. Think Goosebumps, think Diary of a Wimpy Kid, think Harry Potter. They were all original twists, and they're all classics now with dozens of imitators. Forge your own path instead of following the writing crowd.