Margaret Atwood began her literary life as a poet, but it's as a novelist who wrote fiction with strong social commentary that she's become world-famous. Her book The Handmaid's Tale was made into a movie in 1990 and is currently in its second season as a hit series on Hulu. Atwood is a traditionalist when it comes to writing, but has always been kind enough to give advice to budding authors who are trying to break into the business. 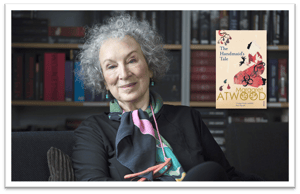 Don't Listen to the Critics

Atwood says that she's had multiple critics, from early teachers to modern professional book critics, who claimed they couldn't see any talent in her. She advises authors to listen to their own voice and keep writing, improving rather than giving up.

Start However You Can

When Atwood began writing, there wasn't much competition, especially for poets in Canada in the 1960's. Audiences were small and it was hard to get published, but if you were any good you were bound to get discovered. The key was to keep on writing and publishing until someone took note. Now there are multiple ways to be published, from traditional publishing houses to self-publishing online. Writing is writing, and she advises authors to get published in whatever way works for them.

Read in Your Genre

According to Margaret Atwood, what you read is as important as what you write. It's key for authors to read in their own genre, to find out where the niches are going and what important changes are happening in that world.

Keep the Pitfalls in Mind

According to Atwood, "writing is a gambler’s profession. There is no guarantee of anything. You can put in a lot of time, a lot of effort, invest a great deal of emotional energy, and nothing may come out of it. There are no guarantees. So, unless one is fairly committed and willing to make that investment, don’t do it." Everyone's got a chance, but there is no sure path to success. All you can do is to keep working and putting your work in front of the readers.

The Best Story Ideas are Questions

Atwood states that story ideas come from all over, but that her best ones always begin in the form of questions. For instance, The Handmaid's Tale began as a couple of questions: "If you were going to take over the United States, how would you do it?" and "How would you get women back in the home, now that they're not there all the time anymore? How will you make them go back if they don't want to?" Ask yourself some outrageous "what if" questions to find some truly great plot ideas.