Dan Brown has made it onto that list of authors whose books are a must-buy for millions of readers. His suspense stories have been made into a series of movies starring Tom Hanks, and he's sold well over 2 million books worldwide in 52 different languages. When it comes to suspense stories, he's been a top seller for over a decade. 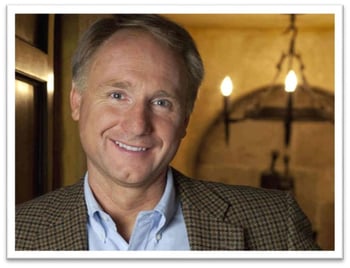 Brown's always been generous in giving help to beginning authors. Here are his top seven tips for writing a bestselling suspense novel, his way.

If you think of editing as a chore, that attitude will come out in your writing. Brown suggests you turn it into a playful exercise in imagination. "What if I wrote this chapter from another character's point of view?" Turn the editing process into a game to find potential new viewpoints in you writing.

2. Secrets are the Key

Brown's always stated that secrets are the key to getting and keeping readers. Your characters need secrets to unravel, but giving secrets to your readers will pull them in. All the covers in Brown's Robert Langdon books have puzzles and clues for the readers to discover, adding to the fun for fans.

3. A Sense of Urgency Pulls Readers In

Brown's books generally include a race to save lives or to uncover a large conspiracy. A race such as this will pull your reader along quickly, so they don't want to put the book down. Use short chapters and end each one on a spot that insists the reader turn the page to the next chapter.

With his stories that involve the Catholic church, Brown is no stranger to controversy. He's used it as a means to an end, though, and you should, too.

Brown always advises using the internet for inspiration, but relying on reputable print books for your final research. This will help ensure your facts are as accurate as possible.

Great characters and dialogue can make for an interesting story inside a Walmart, but putting your story in an interesting setting can increase the dramatic interest. Think about how a different setting could add interest to your novel.

Brown advises looking to the classics to learn how to plot your novels. You'll learn about plot twists, character building, world building and how to describe vivid settings for stronger reader interest.