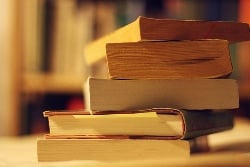 Mickey Spillane's series of Mike Hammer detective murder mysteries are acknowledged as one of the all-time top sellers in that genre. His straightforward titles like More Than Murder and Murder Me, Murder You made book buyers out of browsers.  He created a storytelling style that immersed the reader in detecting who did what in the compelling plot.  In the middle of the 20th century, all of Spillane’s Hammer books sold millions of copies, a major achievement back when the counting of books sold was more accurate then present-day. Back then, there were no bookstore chains – today’s quagmire of returns didn’t exist!

Throughout most of his career, Spillane didn’t get reviewed by the major reviewers.  Their collective position was they didn’t review “poorly-written trashy crap.”  Mickey replied that he didn’t care what critics said about his style; all that mattered to him was what his readers thought.  Mickey’s who dunnit-style of books were in ever-increasing demand by a massive army of readers – one being my dad.  Spillane was interviewed by Life magazine – the major weekly news/photo magazine of the time – and he was asked if he wanted a fan club.  He quickly replied he didn’t want fans – he wanted customers!

Mickey was a true author of pulp-fiction.  His novels didn’t benefit from pre-release reviews in the major papers, nor did he have a new book release announcement in the trades.  But as soon as his latest novel was released, the word spread like wildfire that Mickey’s new Hammer was on the rack in the drug store. It usually sold out in days – and he sold millions in his lifetime. Mickey died recently, but his contribution to writing will never be forgotten!

There’s no doubt that novels are a challenge to sell, and a first-novel by an unknown author can be especially daunting.  From a marketing point of view, the challenge with every novel is to sell the storytelling ability of the author to write an entertaining and gripping tale for readers to enjoy.  It’s convincing the buyer that your novel is a highly entertaining book with a creative plot.  The sizzle of your plot line is what hooks the customers and your wordsmithing skills are what people will be talking about when the reading is done.

Novels are indeed a novel challenge because each one is a unique story created for the sole purpose of entertaining the customer. Just remember Mickey Spillane’s credo – never forget your reader!