I've been working (in book publishing) as an Internet-based professional for about 13 years. I've had the luxury of watching the world's understanding and usage of the Web go from "What the heck is the Internet?" to "How can I live without it?"

1997 was early in the boom time for the ".com" revolution. At Thanksgiving that year, everyone was sitting around the table after dinner saying: "Buy stocks in .coms".

Despite how hot it was, the Internet for anyone over thirty was a curiosity at best. In book 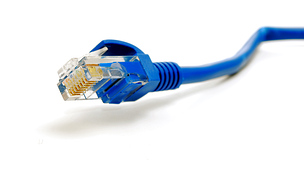 publishing, many people I spoke to did not know the difference between an operating system and software, what word processing was, or even how to save a file to a disk (for those of you too young to remember, we used to save files on removable media called "floppy disks.")

Things have changed. People are using the Internet every day. The capability of the Internet and the way it is being used has grown beyond the imagination of many. Who could have imagined how big social networking would become?

For authors, one of the strongest usages of the web is in the acquisition of information and checking facts. But many people (including authors, politicians, teachers, etc.) are assuming that the Internet is something that it is not: totally true.

An election season has recently passed, and so fresh on my mind is how I've noticed a few politicians making strong statements based on "something they read" or even that their information is based on "news that is starting to come out..." etc. Once ferreted out, these sources turn out to be something they read on a blog or some other kind of here-say. I believe this is less a matter of the politician being dishonest, and more a matter of them believing that everything they read on the Web is true.

Anyone is able to say or write anything they want on a blog, whether it is right or wrong, fact or fiction. In a blog, anyone can say that they have credible sources, or that they "know for a fact,” etc. But there is no "Web authority" that is going to police them.

For authors, it is important to understand this truth as you do research for your book. When doing research and fact checking, make sure the source is providing you with unbiased and factual information. If you want your book to have the highest level of credibility, you want to make sure your sources are from legitimate sources and not blogs or web sites that have some sort of agenda.

In general, most news sites (cnn.com, time.com, etc), college sites, etc. are going to have good, journalistic writers who are not going to post inaccurate data. Not that they are infallible, but some fact checking process has taken place. In the old world of journalism, fact checking was an essential part of the process. It was also what gave them credibility. But be aware that this is a concept that has faded.

There is also a new model that's developed whereby news channels air opinion-based shows which are intended for entertainment only, not real fact. There is an implied credibility because these shows are aired on a news channel. Those channels acknowledge that such programming is not meant to be confused with hard news, though they don't advertise it.

So make sure that if you are referencing a source, you have determined whether or not is a journalist source or an opinion-based one. Of course, everyone is entitled to their opinion and the Web makes it easy to share. Just be certain to recognize that opinions aren't necessarily the same as facts, and you'll be in the best position when writing your book using YOUR OWN opinions.

The internet is a terrific tool for information. It's wonderful, has all sorts of individual opinions, all sorts of useful applications, and can be very fun and productive to use. But as an author, you'll put the best content into your book by viewing the Web with an appropriately critical eye, and going the extra mile to verify the information you get.