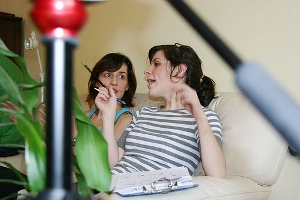 lonely craft, laboring for long hours to tweak your wordsmithing skills to express things just right for the reader’s enjoyment. Thusly it’s a welcomed joy when you’re presented with the opportunity to co-author a book with another writer sharing your interest in the topic or genre.

However, proceed carefully, because depending on what’s what, this could be a wonderful blessing or a dratful curse, yielding nothing but lots of frustration and grief. With all things considered, and factoring in that I have over five decades of writing professionally, I have experienced all flavors of the good, the bad, and the ugliness of co-authoring.

When it’s good, it’s usually very, very good, as you bounce ideas and concepts off each other and soar high in tandem with your collaborated efforts. There’s a beautiful balance with neither trying to top or outdo the other because there’s a bond of mutual respect for what each brings to the table.

One might begin to express the vaguest kernel of an idea and the other automatically joins in to embellish it with energizing enhancements. Basically it’s a merging of minds in uncommon agreement to create an exceptional book that will wow readers with their mindfully mingled talents.

I say uncommon, because unfortunately more often than not, collaborating authors find themselves at odds with each other and their great expectations, for a marvelous book will never come to be. Of course that’s not how they planned it – no one plans for discord in the beginning when both writers were harmonizing on the same page, when the first thoughts of co-authoring were being openly explored.

“In the beginning” is the perfect time to formalize the co-authoring arrangement, by putting down on paper the vital what’s what, who does what, and what’s going to be done to resolve those likely to eventually happen disagreements. Here are some suggestions to help to keep things from getting downright mean and nasty when you engage in co-authoring a book.

1. Forget a 50/50 split – sure, you want to be fair in the division of labor, but things will go smoother with a 51/49 split that puts someone in charge. Most publishers want to deal only with one primary person, although both authors’ names appear on the book. A few publishers, like Infinity Publishing, will split royalty payments between co-authors and send duplicate monthly statements, confirming book sales.

2. Decide who does what – some writers conceptualize better than others, while others are outstanding at doing polished rewrites, and a few make damn fine researchers with a knack for uncovering and verifying facts. Before the first word is written prepare an overview of tasks to be done and who will do what – the when is next.

3. Agree on a realistic timeline – most writers don’t have a clue how long it will actually take to write a book from start-to-finish, and time estimates get really whacky when co-authors are involved in the same project. Most disagreements occur because one writer feels the other is not doing their fair share of the work – at times this might be true, but hold to the belief that the contributions of efforts will balance out as the project moves along. If you enter into the project accepting the fact that one author will be doing the bulk of the writing, then the lesser contributing author can be noted as “with Jane Doe” and the royalty split can be adjusted accordingly.

4. Agree to disagree – everything might be peachy-keen in the beginning, but along about chapter 3 you might hit the impasse of disagreement. You can avoid this flow stopper if you agree to abide by the rule of 3 – try 3 different times in 3 different ways to present and consider the opposing point of view. Sometimes taking the time to listen makes all the difference in the world. If the concept doesn’t fly then drop the issue in question and never mention it again – festering thoughts of what isn’t to be will only muck-up the project. Or you could agree to decide the questionable point with a coin flip or rock-paper-scissors – best out of 3 rules.

5. Agree on a bailout provision – if things go totally south and no headway is being made toward the completion of the project you’ll need to have a plan in place to allow one or the other to finish the book solo. Naturally there needs to be a reasonable adjustment of the royalty split because fair is fair and it’s better to agree in the beginning than in the chilling cold of a bitter ending when you’re most likely not going to be talking with each other. Don’t fall into the trap of making it a legal issue – then the only winners are the lawyers.

6. Put your agreement in writing – take the time to commit what you’ve both agreed to in the beginning in writing, so later you’ll have a simple document to refer to in the future. The keyword is simple – no need to pay an attorney to prepare a formal document.

Entering into a co-authorship can bounce your skill level higher and higher, or it can plunge you into a bottomless quagmire. Like so many other things in life, so much depends on how you approach the opportunity. One thing is for certain, you’ll only benefit from what you willingly invest in the venture, but you’ll benefit more if you both have fun with the task you’ve agreed to share.