4 Ways to A Perfect Book Title

It's your book's identity, all rolled up into a few simple words. Your book title is the shortest part you'll write, but it may be the most important few words you'll create. Imagine if you'd read Rhett & Scarlet and Rabbits Finding a Home instead of Gone With the Wind and Watership Down. They'd probably be a bit less memorable, less magical. A good title sets the stage and gives readers a hook on which to hang their emotions. Your perfect title can come from the most surprising of places. 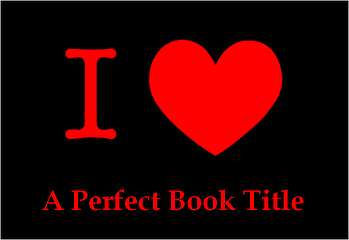 Stephen King might be able to get away with Carrie, but that was 1974. There is a wave of new publishing going on now. Something as simple as one single name will likely get buried in a sea of other titles, and never stand out to curious readers. Aim for something a little more complex than a character's name or the place where your plot takes place. They'll never remember it.

Of course you're a good writer, but every author has greater and lesser parts of their work. Skip through yours to glean some shining examples of prose, some fantastic phrases that evoke the feeling of your book. If there's a recurring motif throughout your work, try out versions of that. Borrow from yourself, as Harper Lee did in To Kill a Mockingbird, or name that physical motif like Hugh Howey does in Wool. You've written a great story; fish in that pond to see what you can catch.

Look to the Past

The old advice is to look through the Bible and the works of Shakespeare to find relevant quotes with which to craft your title. It's a valid method which countless famous authors have used with great success, but it may have just been done to death. Instead, move on to literary classics with a more modern bent. Borrow a short phrase from Tom Sawyer. Look through a pile of Dickens stories for colorful lines. Don't steal from modern authors, but if you can find it on Project Gutenberg, you're pretty much safe to use it.

Titling is another of the ways in which fiction and nonfiction should be treated differently. With a work of fiction, a clever title that may or may not describe the contents is the ultimate goal. Just something memorable. That's death in terms of sales for most nonfiction books. Clever titles are great, and stick in the memory just like they do for fiction books, but you need to add a subtitle (see next blog on this topic) just below to describe what your book is about. Whether it's a memoir, a cookbook for children or a guide to raising chickens, your readers need to know exactly what they're buying. Your title will stick in their memory, but your subtitle is the one that will get them buying in the first place.