Create a Book Series Funnel: With Built in Increasing Sales

Fifty Shades of Gray. Harry Potter and the Philosopher's Stone. Wool. These are all examples of the best way to guarantee multiple sales of your books: writing a series and creating a sales funnel. JK Rowling may have had Harry & Co. all planned out years in advance, but Hugh Howey and E. L. James thought they were writing one-offs. Once sales exploded on their first books, they were smart enough to grab the idea and expand it into multiple volumes, creating a larger body of work and multiplying their fan bases enormously. 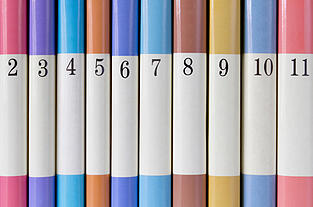 Readers love a series. They love to follow along with their favorite characters' lives, watching them grow, learning about the relationships they form and break off. It's as if they have a friend they hear from once in a while, and they want to catch up with them. The best thing about this effect is that once you've established a character that readers like, you've got a built-in audience for any subsequent book you write. There's no guarantee; you still have to write a great book, but the head start is there. And sometimes that's all it takes in publishing.

How to Begin a Series

The first step in taking advantage of this phenomenon is to create a great book with really strong characters. Make them funny, make them quirky, make them horrible. Readers followed Hannibal Lechter for decades. Identify the strongest characters in the book, and move on to writing a second one in the series. Sometimes the strongest character in your book isn't even a person. In Wool, the Silo is the connecting character that runs throughout the series. Whatever aspect of your book stands out as something you can base multiple stories on, use that as a connector.

It's All in the Timing

Publish your first book while you're writing the second. Add a link to an email listat the back of the book, telling readers that they'll get exclusive knowledge of future books in the series if they sign up. Let it be known that another book is in the works. Invite reader feedback, and engage your fans with hints and teases about the coming volume. Increase their appetite for the next chapter in  your story.

Publish the second book when it's finished and, if you're self publishing digitally, add a link to the second book at the back of the first. The back matter in your book can be one of the best sales tools to increase the sales of future volumes. Send an email to everyone on your list once the second book is live, inviting them to purchase the book they've been waiting for. Now you have two forms of linkage, your back matter and your email list.

Continue on in this manner with books three, four, and beyond, until you've had enough of your characters or want to start a new series.