The Republic V. Obama and Progressives

Delphi pensions: In 2010, President Obama’s scheme to bail out the auto industry (i.e., the 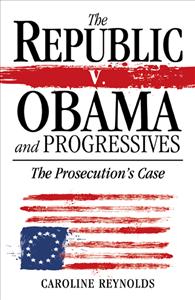 United Auto Workers union) decimated the pensions and benefits of about twenty thousand white-collar, nonunion, salaried employees at Delphi, an auto-parts company that was a spin-off of and supplier to GM. Pensions of Delphi union members were not affected. From 30 to 70 percent of salaried Delphi employees’ pensions were lost. These nonunion pensioners at Delphi also lost all their health- and life-insurance benefits. The pensions of union members became fully funded, and 90 percent of the union pensioners’ health care benefits were retained.
The Obama administration made the choice to favor union members over nonunion members in settling GM’s debt. Proving that political favoritism instead of purely business necessity was the driver of the decision may be difficult. However, the decision has been traced to the Treasury Department rather than an independent corporation as originally claimed by the administration. It appears the Obama administration may have violated federal law and the Fourteenth Amendment (equal protection clause) of the Constitution.  See also Bondholders, secure; GM’s CEO fired; TARP; Unions.

Gibson Guitars: In August 2011, Gibson Guitars in Nashville and Memphis were raided by armed federal agents. Why? They were in potential violation of using foreign endangered exotic woods (ebony and rosewood) that had been certified to have been legally harvested and exported by the supplier, in making their guitars. Even if the charge had some validity, was all the drama and intimidation of a SWAT operation necessary?
Gibson CEO Henry Juszkiewicz is a known contributor to Republican candidates. C.F. Martin, also a fine guitar manufacturer, uses these same woods but they were not raided. C.F. Martin CEO, Chris Martin IV, is a known contributor to Democrats.
There was some limited outrage regarding this incident at the time but it quickly died out. However, in light of the May 2013 revelations of the IRS targeting of Conservative groups and the Justice Department’s snooping into the press, suspicion that the raids on Gibson were more than just over-reaction and poor judgment by the Justice Department gained traction.
The Justice Department finally dropped criminal charges against Gibson in August 2012 but only after Gibson agreed to pay $300,000 to the US Government and make a $50,000 “community service payment” to the National Fish and Wildlife Foundation. They may continue to use ebony and rosewood, but this seems like extortion.
See also AP leak investigation; Corporate culture; IRS scandal.

Parsi, Trita: He was born in Iran and is the founder and president of the National Iranian American Council (NIAC), which is at least partially funded by George Soros. Parsi earned a PhD from the Johns Hopkins School for Advanced International Studies and is a permanent resident of the United States although he is not a citizen.
A critic of Parsi and the NIAC was sued by Parsi for defamation, and in the discovery process, documents provided by the NIAC brought to light many things not advantageous to Parsi’s case. Documents showed that Parsi and the Iranian ambassador to the UN had exchanged e-mails and that Parsi had secret meetings with Iranian officials. It also appears that the NIAC lied to members of Congress; falsified membership numbers; violated tax law, the Lobbying Disclosure Act, and the Foreign Agents Registration Act; defrauded federal funds, and bribed witnesses. Judge John Bates dismissed the case brought by Parsi and ordered him to pay a large part of the defendant’s costs. So none of the accusations of the defendant was proven but none was disproven. The case none-the-less backfired on Parsi as he and his NIAC are more suspect of questionable activity than before because of the information that came forward during the discovery process and NIAC attempts to foil it.
Parsi has openly opposed sanctions against Iran and favors diplomatic engagement. He has been seen as an apologist for Mahmoud Ahmadinejad in the past.
In October 2010, in an open letter to Secretary of State Hillary Clinton, the Pro Democracy Movement of Iran called Parsi a lobbyist for the Iranian regime who should be considered a “nonregistered foreign agent” and accused him of having an anti-Semitic, anti-Israel agenda. The letter protested Clinton’s sending Parsi at US taxpayers’ expense to represent the United States at talks in Saudi Arabia.
It is reported that President Obama turned over virtually all responsibility and authority for foreign policy negotiations with Iran to Parsi.
See also Green Movement.

Redistribution quotes: In a radio interview in 2001, Obama, then a state senator, said “economic rights” could be attained by gaining legislative control through an “actual coalition of powers through which you bring about redistributive change.” In 1998, in a speech at Loyola University, state senator Obama said, “I think the trick is figuring out how do we structure government systems that pool resources and hence facilitate some redistribution, because I actually believe in redistribution, at least at a certain level, to make sure that everybody’s got a shot.” On October 12, 2008, presidential candidate Obama, responding to a question by Samuel Joseph Wurzelbacher (Joe the Plumber) about taxes on small businesses said “ … when you spread the wealth around, it’s good for everybody.” As president, speaking on April 29, 2010, in Quincy, Illinois, regarding Wall Street reform, he said, “I do think, at a certain point, you’ve made enough money.”
See also ACORN; Bondholders, secure; BP escrow; Cap and Trade bill; Collective salvation quotes; Delphi pensions; Fair share; Fannie & Freddie; Food stamps; Obamacare; Obamacare exemptions; Ocean control by UN; TARP; Unemployment rate; Welfare.

Thatcher, Margaret: Former prime minister of England a strong ally of the US during the Reagan administration died and was honored in a very formal funeral April 17, 2013. Neither President Obama, nor Vice-President Biden nor the first lady, Michelle Obama was in attendance. They were too busy stumping for gun control. Speaker of the House, John Boehner sent two men as private citizens. What a snub!
See also Churchill bust.