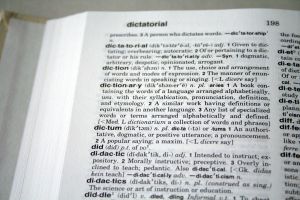 Best performed by “a fresh pair of eyes,” proofreading is a task that involves doing a careful readthrough of a document and flagging any errors and inconsistencies in spelling, grammar, punctuation, and capitalization. When you’re on a tight deadline, it’s tempting to skip the proofreading stage because you don’t want to bog down the process with yet more changes. But your credibility and the integrity of whatever topic you’re writing about will suffer if you fail to allow adequate time and resources for proofreading your document.

Be on the lookout for these common proofreading finds:

Quotation marks: Make it a double unless it’s a quote within a quote

“Banging out a single book, then thinking you’re ready to give up your day job and be a full-time writer, is the equivalent of learning to play ‘Three Blind Mice’ on the piano and expecting to be booked into Carnegie Hall,” according to author Sue Grafton in her essay published in Why We Write by Meredith Maran, editor, (Penquin Group, 2013). Also be sure your quotation marks are either all curved (preferred)—and match the style of your apostrophes—or text style throughout your document.

When to use a hyphen, an en dash, or an em dash

Hyphens are used to avoid confusion when connecting two or more words. The current trend is avoid using hyphens when joining words with a prefix or suffix except when they come before a proper noun, a capitalized word, or an abbreviation. Reminder: Never use a hyphen to join a word ending with “ly” to another word. An en dash is longer than a hyphen but half the length of the em dash; it’s often used to indicate a range (eg, 18–21 years of age). An em dash is twice as long as an en dash and is used to indicate an interruption, a break in thought, or a thought extension—no space before and after an em dash.

An ellipsis is 3 dots, with no space before and after

When joining 2 independent clauses with “and”

Sometimes you want to make a point about something important, and it’s important to keep the flow of your thought without making it 2 separate sentences. That’s when a comma before “and” helps the reader stay with you and your connection of two independent thoughts.

Vivian Fransen is a freelance proofreader with particular expertise in working with medical and legal documents. She also proofreads many of the books published by Open Door Publications.