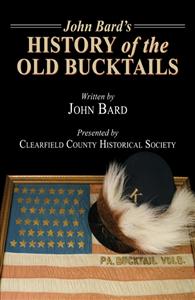 continuing his march. General McClellan approved his course and leading him aside said in a low tone of voice: ‘General McCall it is my desire to reach the James river before I am attacked by the enemy; if I destroy all the train, including private baggage, we can reach James river in twenty-four hours; but if I attempt to take the train with me, it will take us forty-eight hours to gain the river. What do you advise me to do?’ Now, it must be remembered that McCall’s Division had done more fighting and had been subjected to greater hardships during the three days that had just passed, than any other troops in the army; also, that at that very hour of rain and darkness, his gallant Reserves were toiling through the mud guarding a numerous train of artillery; that General McCall, like his troops, had been three days and three nights without rest or sleep, and almost without food. All this the Major-General commanding well knew, and knowing, perhaps, expected General McCall would gladly clear the road for his Artillery by destroying the trains in his front. But never was man more mistaken. Shaking the rain from his waterproof coat, and removing his cap from his head, General McCall, stood. . . and looking on McClellan’s half upturned face said: ‘General McClellan I don’t know that I sufficiently understand the situation of the army to advise you; but from what I do know, I would fight over every inch of the ground from here to the James, before I would destroy a wagon. The moment you destroy your trains, you demoralize the army.’ To these heroic words McClellan made no reply, but the two Generals in silence returned to the company around the fire. Greater compliments could not have been paid to men in arms than were that night awarded to the Pennsylvania Reserves. The Major-General commanding had entrusted to them the casket of his army, indeed, of the nation; the General commanding the Division reposed such high confidence in his troops, that he was bold, without hesitation, to deliver a reply to General McClellan, regarding the destruction of the trains, that in itself did much towards saving the Army of the Potomac. He believed his men were able to march to the James with their baggage, and if necessary, fight the enemy at every step.”

The troops arrived at Savage Station on Sunday morning, tired and weary. At this place had been gathered together the sick from the hospitals and the wounded. Soon as our troops got here, without resting, they sought their suffering comrades and ministered as best they could do their wants. Many soldiers, who had been bound together by the closest ties of friendship, cemented by that bond, which mutual sharing of danger side by side, binds men more firmly than aught else in this world, saw each other for the last time on earth, those who were able to march left for other fields and other sufferings, those who could not travel fell into the hands of a pitiless foe, and many languished, starved and died from neglect in the horrible prison pens of the South. They moved on in the direction of the James river and crossed White Oak swamp creek during the afternoon; the trains were parked on the first suitable grounds after crossing the creek and the Division formed in the line facing in the direction of Richmond, where they remained until five o’clock in the afternoon. The trust had been faithfully kept, the train had been brought safely through and was now considered entirely out of danger. General McCall, relieved of the charge, moved forward on the road leading to Turkey Island bend on the James river. Porter’s Corps had received orders to move on what was known as the Quaker road to the James. Where the New Market road intersects, the head of the column turned to the right and marched direct toward Richmond. Before going far General Meade found he was on the wrong road, he at once sent word to General McCall and he to Porter, who directed the other Divisions to cut across into the Quaker road, by the time they had got through it was past midnight and General Porter ordered McCall to go into camp. The other Divisions, after marching some time found they were wrong, took another road and marched back and on to the river, leaving McCall in the rear to cover their march. This was perhaps, an oversight in General Porter, as he certainly would not have left McCall’s Division, which had done so much and severe service, to cover the retreat. It appears that General Porter, after McCall had been placed in charge of the train, claims he had not been notified of the return of his Division to his command, and, therefore, was not subject to his orders. There was a serious blunder committed. Either McClellan or Porter was to blame.

General Sumner’s Corps, on the 29th fought the battle of Savage Station, the battle lasted from nine o’clock in the morning until dark. Against large odds the old hero fought all day and won a decided victory. Knowing that he was master of the field and that the enemy’s punishment was much greater than his own he protested against the commanding general’s order to fall back, instead he insisted on reinforcements being sent to enable him to assume the offensive the next morning. No calculations had been made, however, to take advantage of any success our troops should gain the Old Hero was ordered to withdraw his victorious troops. He retired during the night of the 29th, and on Monday morning joined the right wing of the army, south of the swamp, leaving is killed and wounded in the hands of the enemy.

To order a copy of John Bard's History of the Old Bucktails go to buybooksontheweb.com