Phil sat up slightly, reaching under his seat for a jug of coffee he brought along. “You want some?” he said as he searched for a second cup in the bag.

“I’ll just sip some of yours.”

The outflow of traffic continued. Phil keyed his microphone every 10-15 minutes and made small talk to individual units to help keep them all awake as the surveillance stretched into two hours. The sun was now high enough to reach their roofline, protecting Phil and Anne somewhat from its assault, but the warmth further caused them all to lull into a relaxed state. Phil’s eyes started to close slowly. He fought the urge, but too much was working against him. He surrendered to sleep.

“He’s out!” Anne whispered, jabbing Phil in his side, again jarring him awake. 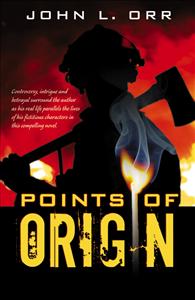 He turned to look at her, his eyes clouded and found her looking through binoculars. He quickly rubbed his eyes, finding a blurred figure running in the opposite direction toward Unit Three, Berry and Martinez. Phil fumbled for his radio, surprised that the other units had not yet spotted the figure.

“One to Three,” Phil whispered into the radio, smiling at the phrase, “He’s out, running eastbound toward you. He’s in jogging shorts, no shirt,” Phil continued, the warning coming almost too late. Phil picked up his own binoculars, the focus already locked on the proper distance earlier.

Aaron, obviously out for a morning run, quickly covered the distance to the end of his block as Phil focussed on Berry’s old gray Mustang, parked in the second block beyond Aaron’s. His focus came as both Martinez and Berry dropped to the center console area. Phil could see one head pop back up. It was Martinez, on the driver’s side, rubbing his forehead after the obvious collision. Martinez immediately feigned sleep as Berry’s head stayed down.

“He’s turned northbound,” Phil heard Berry say, as he saw the sergeant’s head begin to rise back up above the dashboard level. He, too, was rubbing his head.

Phil spoke quickly, “Three, stay where you are. Any unit on the major to cover him coming north on S street.” Phil took control, using letters only for the street names and landmarks.

Hearing no response, Phil repeated, “Any unit on major to pick up the eye…”

In seconds, Phil heard the high winding motor of unit four’s 300 SX screaming eastbound on the major street, “Four, slow it down, I can hear your engine racing all the way over here on the eye location….”

“10-4, One,” was followed by the engine noise dropping instantly.

Phil swore, “Shit, we must’ve all been napping.”

“One from Four, we just passed S and north bound’s clear north of the major. Anybody else around see him yet?”

“Two’s got him. He just jogged past us westbound on K street toward M. He’s just one block north of the major still. We’ve got the eye for another two or three blocks. He’s well past us and still on the south side of the street.”

“Four’s now at the major and F street if he comes this far.”

Phil listened intently, relieved that the team was now adapting quickly to the crisis as he spoke into the mike, “Three, can you pick up four blocks behind me and parallel the suspect?”

“10-4,” came Martinez’ voice as Phil saw the Mustang pull out and drive quickly by him.

“This is Four, he’s now southbound down an alley, I’ve lost the eye…” Silence followed.

“Anybody got him?” Phil said quietly, debating abandoning his position to assist. He elected too stay put.

“Four here, he’s apparently run through a park over here at…..” The sound of Four’s engine and wind blowing through an open car window was heard until, “I’ve got him at the park entrance at the major and E Street. He’s stopped and taking a breather….Now he’s walking west on the major and into the Winchell’s. Stand by.”

“I got him, too,” Phil heard the unidentified unit say.

“Four, he’s now inside the donut shop buying a drink of some kind.”

Phil came back on, “Three, return to your original location. Four, you have a good eye?”
“Yeah, I’m two blocks west of him and I’ve got a good eye and I haven’t been spotted.”

“Five, where are you?” Phil asked, not getting an answer.

“One, this is Two. We just drove by the Winchell’s. Five’s in the parking lot about 25 feet from the suspect.” This transmission, too, was followed by the consecutive clicks, obviously Five giving the signal he couldn’t talk.

Phil analyzed the positions, remembering that he hadn’t heard from Six, the oldest veteran from the group.

“Six is on the major, in the second story of a vacant business. I’ve got an eye on the crook’s backyard, the major all the way to the Winchell’s and I can see you, too, One…”

Phil quickly scanned the area, barely making out the second story roofline of the building, but unable to locate Six.”

For several minutes, there was no conversation. Phil looked at Anne, now retreated against the passenger door, watching Phil work. He reached over and held her hand as he felt the pulsing of his heart winding down slightly.

“Six, all units, I’ve got a small column of smoke rising from the northwest…near the park. Somebody check it out….”

Could it possibly be ‘one of their own’?

This scintillating story was confiscated from the author’s home at the time of his arrest. Many believe it parallels his own activities while working as the fire captain and lead arson investigator for the Glendale Fire Department, California. He is currently serving a life sentence at Calipatria State Prison, California.

This uncut story continues to be a source of ongoing controversy as recently witnessed on Investigative Reports, Nova and Arrest & Trial.

Orr was arrested and convicted for a series of arson fires set throughout California between 1984 and 1991. These fires destroyed numerous properties and resulted in the deaths of four individuals. Orr maintains that Points of Origin is fiction. He also maintains his innocence and continues efforts to appeal his case.

To order a copy of Points of Origin go to buybooksontheweb.com.