celebrating his 196th birthday today!  He is best known for his book Walden, his essay Civil Disobedience, and was a Transcendentalist.  He was born David Henry Thoreau[6] in Concord, Massachusetts and after college changed his name to Henry David, but never legally made the change.

Here is some more trivia for you:

Which writer was a close friend of Thoreau?

Ralph Waldo Emerson. Emerson gave Thoreau a small piece of his land to live on.

Thoreau died at the age of 44 after a hard time with:

tuberculosis.. Thoreau is buried on Author's Ridge at Sleepy Hollow Cemetery in Concord.

How was Thoreau involved with slavery?

He helped runaway slaves escape to Canada.. Thoreau often spoke out against slavery and other injustice. 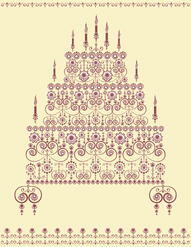 Where:  Onlne virtual birthday party!  Order your Thoreau Publishing Package online and save $196 on the total package!

Don’t miss out on this incredible weekend special event!

“Go confidently in the direction of your dreams!” Henry David Thoreau

The Thoreau contains all of the items needed to turn your manuscript into a Published book (softcover Black & White interior book with book formatting, cover design, ISBN # assignment and listing on our standard distribution network) plus the following add-ons: eBook conversion, global distribution, Library of Congress and US Copyright registration, 5 Free Books (shipped with the first Author book order), Half Hour Marketing Consultation (comprised of 2 - 15 minute consultations plus a personalized marketing plan) plus Publicity Marketing Materials consisting of 250 units each of Postcards, Bookmarks, Business Cards and Sell Sheet and 10 Postcards.