Today we're featuring an interview with G.H. Sherrer, author of The Keeper Chronicles: Volume I & II. Our author interview series provides an opportunity for our readers to get to know our authors on a deeper level and also learn more about the types of books we're publishing.

G. H. Sherrer published her first newspaper article at age thirteen, was educated at the University of Alabama at Birmingham and has spent years gleaning characters and plots. She is a published journalist, columnist, an award winning writer, including First Chapter Novel Award from the Alabama Writers Conclave for Volume I of The Keeper Chronicles. Nonfiction published essays include interviews with playwrights Michael Vigilant and Elyzabeth Gregory Wilder, Pulitzer Prize Poet Natasha Trethewey and the former kidnapped missionary Gracia Burnham. The Keeper Chronicles was inspired by America’s abandoned children (500,000 annually) and a compassionate adult in the author’s childhood. 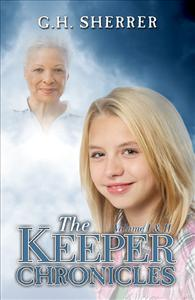 In spite of a surprising source of hope found in the kind Miz Alma Washington, a forsaken young girl Starr Bright endures deadly coastal crises only to face her greatest challenge yet. A seedy beach town is traded for luxurious mountain living with her grandparents, though learning of a family legacy plunges her into despair. Is a new friend failing her, too? An amazing Counselor emerges. Now she must put herself in the balance again to catch another criminal. This stirring family saga with a twist of mystery portrays a troubled young girl poised for a good life, a faith inspiring, fresh work of fiction satisfying readers of all ages.

The Keeper Chronicles is written to inspire and entertain readers, provide a needed “escape” of their own issues into ones likely worse than their own, but with reality situations. Through the delightful, and sometimes harrowing, adventures of a young girl who sees herself as a detective, the reader cannot help being motivated to see others differently, look for ways to serve fellow mankind. The issues of the protagonist include abandonment, bullying, depression, grief, anger, social class, addictions, suicidal ideation and rejection. The saga reflects consequences of wrong actions.

While living in Phoenix, Arizona in the fall of 2006, I joined a writers’ inspiration group where I wrote a short story. Later returning to Birmingham, Alabama, I shared this story with a local novelist who suggested it might become a novel. Over several years, the story grew as I attended writer workshops and was further inspired, and entered a portion in a competition held by Alabama Writers Conclave, winning an award. The following is my story’s premise:

During the early 1950’s in rural Birmingham, Alabama, battleground of the Civil Rights Movement, an epic story unfolded so quietly it was almost missed. Who other than Martin Luther King might imagine the impact of one unbiased black man with a loving heart on the lives of future generations? Like King, Matthew James knew the power of God’s love, and sang hymns while he worked as gardener for a nursing home. Nothing in the all-white community went unnoticed by him, not the poor children whose father “went north for work” deserting his family, nor the high-spirited young son of a doctor. When a school day ended, the children ran to Matthew, the bravest jumping aboard his moving tractor, others running behind in the fresh plowed earth. He never seemed annoyed, but would smile and patiently share wisdom, a kind word. He left vegetables at the door of the poor children, and counseled the doctor’s son to get an education, and not waste his talents. The unforgettable Matthew James lived as all those taking Christ’s name should, with a forgiving spirit and loving actions. Matthew touched lives by reflecting a heart in harmony with the true Keeper, the Creator of all mankind of one blood. Though this work is entirely imaginary, Matthew James and America’s 500,000 children who’re abandoned each year supplied inspiration for The Keeper Chronicles.

How did you name your characters?

I chose the name Starr because it’s sassy, and reflects a certain social class. The girl is sassy, impudent, though she changes. Also, the fact that she was “named by her grandmother” has significance revealed in the book. Bright is her father’s name, and adds more quirkiness the poor young girl must face. Miz Alma Washington was chosen due to Alma sounding like Mama, and after all, she became a “Mom-in-the-heart” to Starr.

Are your characters’ experiences taken from someone you know, or events in your own life?

Okay, I’ve got to admit I was somewhat of a “Starr” myself, when it comes to her adventuresome spirit. At age eight I was on a wooden raft afloat on a very deep lake, pretending I was Huck Finn, and couldn’t swim a stroke. I explore mountain trails, once discovering a rattlesnake so long it stretched across the trail maybe eight feet. I drank water from deep-woods springs, and pretended to be an Indian. All this activity was done while my parents were at work, in ignorant bliss of my daytime fun.

Did you learn anything from writing your book that was unexpected?

Of course, I learned much along the way, mostly how little I knew about writing fiction, and how the publishing world works. On a personal level, a writer must look deep inside themselves (and others) in order to produce authentic characters and a believable story. Writing has changed how I view myself, others and the world. I’ve learned of myself, and am a better, more content person because of what writing this novel has taught me.

Without giving away details, Can you describe one interesting scene in your book in less than two sentences?

In spite of experiencing stunning success as a young detective, Starr Bright is again terrorized, discovering she’s in the crosshairs of a true stalker who tampered with the Jeep she’s driving, and is placing her in jeopardy on a treacherous mountain cliff.

The works by novelist Eugenia Price have long been an inspiration to me, though my love for a little girl in my life inspires me most. Reagan Addiss invites me to reach higher and achieve more. I ultimately write for God’s honor, and for Reagan.

My novel notebooks are filled with scribbled notes, outlines, lists of characters and traits, and even photos found online which seem to capture people in my books. I’m writing on sticky notes or paper napkins in cafes many times, when inspiration becomes more enticing than the food or companionship of friends. A word spoken at a nearby table, a stranger’s glance or mood, the look of a sunrise outside my window, all these and more trigger my inspiration.

Why do you write?  Is it something you’ve always done, or always wanted to do?

I write because I must write. Writing is my passion, a mental and emotional release, catharsis. The actual process of writing is, to me, its own reward.

First, I’ve no idea what writer’s block is, for I take up any notes and scribbles I’ve collected, if any, sit down with my laptop and before I know it hours have passed and I have written several thousand words. I write most easily early in the day. Sometimes I take a beach trip alone for writer solitude, though I find that at home very easily.

What is your work in progress? Tell us about it.

Love in the Crossfire is the working title of my next book, and is based the true story of a couple who were Union Sympathizers living in the heart of slavery, in South Carolina before the Civil War. They migrate to escape the social and economic pressures and avoid the war for two years, yet are ultimately forced at gunpoint to fight for the Confederacy. It’s a portrait of the couple’s determination to survive, their love and bodies intact, against almost unbelievably enormous odds.

In all the books you've read. Who is your most favorite character and why?

Laura Ingalls in The Little House series was my favorite character of all, because I enjoyed seeing her persevere and thrive in spite of hard times, and find ways to survive difficulties much like my character Starr in The Keeper Chronicles, though the latter is a contemporary setting with today’s difficulties. Not Nineteenth Century raiding Indians, but bullies and criminals.

What are your thoughts on self-publishing verses traditional publishing?

Traditional Publishing appears deeply troubled these days. The readers’ appetite for fantasy determines what is selected by those presses, and most readers today want to read trivia, and consume literary junk food. As this is the case, unfortunately many great ideas and plots are overlooked. Indie presses are necessary in this literary market, in my opinion.

For two years I marketed my book to agents and traditional presses, unsuccessfully. Though getting much positive feedback specific to my skills as a writer, most stated they feared marketing a novel based on reality. Today’s readers seem to want to escape into dark fantasy. After researching several Indie publishers, I discovered Infinity, a publisher who delivers on time and precisely as requested, provides services, supports authors, has a simple understandable contract and provides monthly royalty statements. I am well pleased to select Infinity a second time with my latest book, The Keeper Chronicles Volume I & II.

You can learn more about G.H. Sherrer and The Keeper Chronicles here: