Original interview published and courtesy of Kay Balbi and Yahoo.

Alberta, would you mind sharing with the Yahoo readers what living with alcoholism was like and how it affected your life? Could you also please share with us where that path took you, how it impacted you, and how it molded you into the person you are today?

My name is Alberta Sequeira of Rochester, Massachusetts, and I became an author and

speaker out of tragedy. I had no desire to become a writer; not even a dream of having the excitement of holding a published book in my hands.

Our lives can turn from security and happiness to despair in a split second. On February 10, 1985, my husband, Richard Lopes of North Dighton, Massachusetts, died at forty-five years of age at the VA Hospital in Providence, Rhode Island from cirrhosis of the liver. This horrible, worldwide disease affects every person in the family that we call Alcoholism. The pain travels outside the family to siblings, parents, and friends. We all lose in the end. There are no winners. It is a family disease; lives are changed forever.

In 1960, Richie and I met. Oh yes, there were signs of him drinking when we dated, but I was young and in love. I had never asked him about his family history. If I had, I would have realized that alcoholism was high on the list with his mother, sister, brother, and relatives. He never drank in my company or at family gatherings, only nights out with his buddies. I told myself it was a macho thing boys did. In 1962, we got married. We were blessed in 1963 with the birth of our daughter, Debbie, and in 1967, Lori entered our family unit.

I thought I had it all, but sometimes life does not go the way we plan it. My joyful, sheltered life turned to confusion, fear and abuse through the years with Richie's drinking. I became a great enabler keeping his addiction from his family and mine, innocently, helping him stay in denial and go deeper into his habit. Pushing myself beyond what my body could take mentally and physically from trying to handle this disease myself, I had a small breakdown.

My guilt still follows me from keeping our daughters in this unhealthy environment for over seventeen years. Instead of hiding Richie's drinking, I should have protected my girls from this rollercoaster living. They could not understand their father's character change, when one minute he loved them and the next he was in blackouts.

Moving on after a death from alcoholism

After Richie's death, I thought the girls and I were moving on with life. I had three jobs, a dispatcher for the Dighton Police Department, proofreading for a telephone company and a part-time waitress for Friendly's Restaurant. What I did not realize was that Lori was following the same path as her father since she was fourteen years old. She hid it well.

At nineteen, Lori got married and had a son, Joe, and a daughter, Meagan a year and a half later. Her marriage fell apart three years later, and she struggled with bills and every aspect of her life.

Alcoholism is a disease of Denial 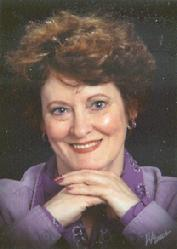 Fourteen years later, she met a man from her jobsite at Lopes Construction. Mark was a wonderful stepdad to her teenage children. That lasted two years was when we saw that he was an alcoholic. What we did not realize was that Lori was one herself, along with hiding the fact she was bulimic. Lori had entered alcoholic rehabilitation locations, one at the Butler Hospital in Providence, Rhode Island and two times at the Gosnold Rehabilitation in Falmouth, Massachusetts. Each time she was released, she came out in denial with her addiction. She had refused any family member to be involved with her treatments.

On November 22, 2006 at thirty-nine years of age, Lori died at the Charlton Memorial Hospital in Fall River, Massachusetts. We buried her at the St. Patrick Cemetery in Somerset, MA, with her father. We had her name engraved on his tombstone.

There are no words to describe the pain in losing anyone you love, but losing a child is beyond keeping your sanity. No matter where I went, the emptiness and physical agony followed me.

I wanted to share my life, especially my mistakes with my actions in an alcoholic family, hopefully to save others from doing the same. I guess you could call my books "What Not to Do." I started writing Someone Stop This Merry-Go-Round: An Alcoholic Family in Crisis. It was self-published by Infinity Publishing in 2009 and was nominated for the "Editor's Choice Award" by Allbook Review of Canada.

Books on living with alcoholism

In 2010, I completed Lori's story in the sequel, Please, God, Not Two: This Killer Called Alcoholism. It also was nominated for the "Editor's Choice Award. The book and its cover appeared in the December issue of Publishers Weekly. I had both books made available in e-books.

In 2007, I started my journey reaching out to others with my story and went to Gosnold Rehab to give an hour talk to the women and young girls at their location. I explained how the whole family is affected by this illness.

My speaking engagements have taken me to women's ministries, halfway homes, substance abuse locations, recovery programs ordered from the courts, libraries, radio stations, and cable TV shows. My platform has built beyond my imagination.

People think I healed writing my stories, but I did not. I had to contemplate how I could take my suffering and turn it into a positive action. I wanted Richie and Lori's life on earth to have had meaning. They were two loving, fun people before this demon took them.

Alcoholics have to realize that it is not that this disease may, would or could kill; it will. They have nothing to be ashamed of because they have a disease. All they have to do is get out of denial and grab onto all the support that is out there, and especially, open the doors to allowing family into their counseling sessions. This is the abuser's battle and they have to believe that they have the power to reach out for help. It is a time to heal and get on the road to recovery.

I would just like to take this opportunity to thank Alberta for sharing her story with us. I grew up on the other side of this alcoholic equation. I was the addict. had no idea how much hurt I was causing as I was going through my active phase. It was only through my parents' choice of tough love that I am probably here today. They chose not to buy into my lies and held me accountable. I made the wrong choices and I burned bridges. It forced me to wake up and make some hard decisions. I am grateful to them, and I am grateful to Alberta for sharing her message. To read the story of a young girl struggling with alcohol addiction, read Bad Girl Gone Mom.

For books on the family perspective, read reviews for : Someone stop this merry-go-round and With the Two Alcoholic Memoirs.

Life is a journey, not a destination. You only get one life-are you living it?" Freelance writer and business management consultant Kay Balbi has many passions and interests to share. She is an author, inspirational life coach, speaker and musician as well. To contact Kay please email kaywonttell@aol.com.