The Value of Research for Authors

In today’s high-tech digital world, research is becoming more and more important for authors, even in the fiction genres. Readers can check our data with a click of the mouse on their favorite search engines.

I entered the suspense/thriller realm after writing a university textbook, which required research, research, and more research. Having decided to write novels of “fiction with 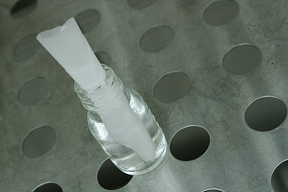 content,” I wanted to create fast-paced, gripping suspense/thrillers that would keep my readers turning the pages. After finishing my novels readers would have learned something new and exciting about their world. In order to accomplish this feat, I realized I had to incorporate some of the techniques I had learned during my business and university careers. But fiction writing is a whole different world that requires enticing readers to literally fall into each scene as if they were experiencing a movie. They must become engaged with your characters and envision being present as the action unfolds.

My first published novel, Unholy Grail, delves into how historical perceptions, personal events, conspiracy theories, and faith shape how we choose to live our lives. One reviewer compared it to “The DaVinci Code on intellectual steroids. Author D.L. Wilson has taken the religious thriller genre to new heights with twists, expertly exploring the often explosive void between fact and fiction.” One misquote, misinterpretation, or misread can confuse fact and fiction. What is accepted as fact today doesn’t always stand the test of time. I wrote Unholy Grail to explore the gray areas between fact and fiction.

The research for Unholy Grail was a challenging, but also very exciting, experience. I read and outlined twenty-six books that investigated the Shroud of Turin, the Templars, the Jesuits, the Holy Grail, the Dead Sea Scrolls, the Kohanim, and provided historical analyses of Christianity and Judaism. I visited New York City, Vienna, Austria, and Rennes-le-Chȃteau in the Pyrenees where I took many photos so that my scenes in those locations would be accurate and visually exciting. Since my protagonist was going to be a Jesuit priest and priests were to be killed and marked with the stigmata, I even signed up for a Jesuit retreat. That research almost bombed. When I arrived at the retreat I was informed it was a “silent” retreat. Fortunately I was given one hour per day with various Jesuit priests who were very happy to provide me with fascinating input about their lives and experiences. And the quiet time provided me an opportunity to focus on exercising the creative aspects of my mind.

The research materials filled three file drawers with over sixty file folders, but proved to be life saving when I prepared my detailed novel outline and wrote the book. When I was finished I was confident that the book was a fast-paced suspense/thriller that would provide readers with fascinating glimpses into historical and religious concepts. The novel became a bestseller and is translated into eight languages.

My latest novel, Sirocco, a bio-terrorism suspense/thriller opened up a refreshing new avenue in the research arena. The high-tech digital world has some valuable assets for authors to use in our research. Instead of filling file drawers with file folders I work at my computer with two monitors. One for my writing, and one for my research and photos. I must admit I still print out way too many pages of my research materials, but am cutting back. I carefully create computer file folders for the research categories I will be following during the writing process. I highly caution writers to use an automatic backup system like HP SimpleSave attached to their computer that will constantly backup their data. I know too many authors who’ve had computer crashes without backing up and were devastated.

If I need a new tidbit that I haven’t researched, I’ve got another “must admit.” I’m a Wikipedia freak. One must be careful since the free encyclopedia can be edited by anyone, therefore there could be questionable data in the 3,844,086 articles on everything and anything. But with a Google search you can find other confirming research material.

For Sirocco I interviewed researchers at the Harvard Medical School, Beth Israel Deaconess Medical Center, the Wistar Institute, and epidemiologists and medical doctors. I taped the interviews and transcribed the data into my research files.

I also interviewed government workers since my protagonist is an attorney representing the pharmaceutical lobby who is rushed to Washington to be part of a Rapid Recognition and Response team reporting directly to the Secretary of Homeland Security. I didn’t tape those interviews, but did take copious notes.

The many years of my day job took me to thirty-two countries which came in handy for some important scenes in Sirocco that occur in England, Jordan, Iraq, Korea, and Austria. I took many photos at the White House, Manhattan, Queens, Philadelphia, and Virginia that brought me visually into the Sirocco scenes that occur in those locations.

In my writing life, research plays a very important role as my novels unfold onto the written page. I’ve been honored to receive reviews from top thriller authors that relate to the value of my research.

D.L. Wilson was president, CEO, and managing director of U.S. and European corporations and consultant to industries and governments in thirty-two countries. His extensive international travel spawned a fascination with world cultures and exotic locales. His first book, The Kitchen Casanova—A Gentleman’s Guide to Gourmet Entertaining for Two, resulted in a national book tour with features on CNN, Evening Magazine, and Regis & Kathy Lee. Wilson’s first novel, Unholy Grail, a Berkley thriller became a national bestseller and has been translated into eight languages. His second novel, Sirocco, a Mont Clair Press thriller is receiving rave reviews. He and his wife, Miki, live in Bucks County, Pennsylvania and Baltimore County, Maryland. Visit his website at www.dlwilsonbooks.com.