6 Bad Beginnings for Good Books: How Not to Start Your Novel

With the advent of Kindle Unlimited, the long lists of free books available, and the low price of most ebooks today, readers have gotten into the habit of judging a book on its first few pages. If the first thousand words don't grab your reader, it's likely they'll delete it and go on to the next one on their list. Professional readers are even more sensitive to dated or uninteresting writing and book beginnings. Agents and editors read thousands of manuscripts each year, and most of them have a list of pet peeves about opening chapters. Here are some examples of first scenes that are guaranteed to send your book to the reject pile. 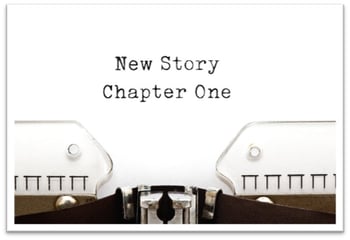 Don't get your reader invested in a character through the first chapter, then kill him off or reveal that it was only a dream. Readers feel cheated if you get them to empathize with a character who's no longer going to be in the story.

Yes, you've spend days and days creating your unique world or universe. That doesn't mean your readers want to spend the first three pages reading about the landscape and climate of your alien planet. What's happening?

Prologues are old, lazy, and most a way to cheat and put in some back story. Drop your readers right in the middle of the action, and let them discover the back story right along with the characters.

There are two common scenes in fantasy novels that make editors' teeth grind: opening with a battle scene when your readers don't know or care about any of the characters, and opening up with the protagonist in a pastoral scene, gathering herbs. Does every fantasy story character practice herb magic, or something?

This is old hat, but it still bears repeating. Let your readers discover the scene through the action, not through the way you describe it. The goal of the first chapter is to make your readers curious enough to want to read the next pages, just to find out what happens. Unless the height of the trees is crucial to the opening act, there's no reason for you to describe them in detail.

An increasingly common opening scene in romance books is a woman waking up with a strange man in her bed, and finding him instantly attractive. Come on! Sure, it's a fantasy, but that's stretching disbelief more than a little bit. If most women found a strange man in their bed, their first reaction would be to run and call 911, not check out his abs.