5 Types of Technothrillers That Readers are Begging for More Of

When Tom Clancy wrote The Hunt for Red October, the publishing world hadn't even conceived of the technothriller genre. His success was quickly followed up by a string of bestselling books by Michael Crichton, Dan Brown, Douglas Preston & Lincoln Child, and a whole host of others. Clancy may be gone, but the technothriller genre is still going strong. Like most main niches today, it's split into a number of sub-genres, each with its own group of rabid fans. Here are five with a strong fan base always looking for the next book. 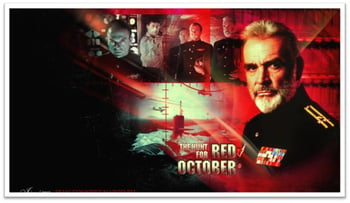 Tom Clancy's long string of bestselling novels was in this niche, which has a heavy emphasis on military technology. It may have slowed down a decade ago, but today's military dangers have spurred on a new generation of authors to take up the genre. Dale Brown is one of the most successful, with 13 bestsellers in his catalog, so far.

These books focus on espionage and tradecraft, but they keep up the hectic pace of a traditional thriller novel. Spy technothrillers often focus on keeping an evil enemy from reaching his goal or defeating a rival superpower country. Current events in North Korea, China, and Russia are offering a wealth of new materials for authors to use.

A close cousin to science fiction, crypto technothrillers spend a lot of their stories in the online world. With the Internet of Things taking over more of people's lives every day, this genre is a natural for creating plausible dangers in everyday lives.

The point of this genre is that horrible things happen. The story evolves when you watch how people try to survive afterward. The disaster can be a nuclear war, a mega-hurricane, or even a global pandemic. The goal of your protagonist is to take his band of fellow survivors and get them through to a safe haven. Technology is constantly changing, so authors have rich sources of inspiration for new books.

Technothrillers are almost science fiction themselves, by definition. They're filled with scientific details, such as the DNA theory in Jurassic Park or the astrophysics and botany in The Martian. It can be difficult to tell the two apart, in some ways. Many separate the two with a timeline, with technothrillers being written in the present, and science fiction happening in the future. It can be a fine line, but one where authors borrow from each niche to create books more readers will love.