Children's stories are usually so much shorter than those for adults, they seem like a simpler genre to write. After all, with around 25,000 words in the average school-age chapter book, how hard can it be? Writing for children takes a completely different skill set than writing for adults. Just like many of the conventions of non-fiction don't translate to fiction writing, you're going to have to relearn a lot of writing rules if you want to switch to writing kids' books. Aside from the obvious ideas like avoiding adult topics and eliminating certain words from your vocabulary, here are some lesser-known pieces of advice you can take to help get your book published and sold. 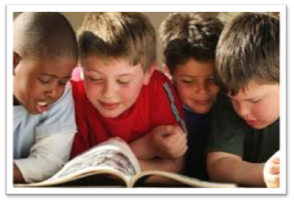 The best children's books are timeless, stories that one generation can pass on to the next. No matter how current you are on pop culture, it's going to eventually sound dated. Imagine a book written ten years ago talking about characters posting on their LiveJournal page. Substitute items and topics that have passed the test of time for those just coming out. Monopoly is better than Magic: The Gathering, and while algebra tests are universally understood and dreaded, Common Core may not be in the near future. Surround your characters with classic literature and games, and your books will sell for years instead of months.

Don't Write Down to Your Readers

Face it, kids are tough, and today's kids have been through a lot more than we give them credit for. Sixth graders are certainly old enough to read about death in the family, drug problems, and sexual attraction at a basic level, while homelessness is a topic you can touch on with much younger children. Gender differences, bullying, hunger and poverty, and multiculturalism are all topics that children can handle, and are probably topics they've talked about in class or saw on the evening news. Write naturally the way you speak, don't dumb down your vocabulary. If there's an occasional word your readers don't know, they can look it up in a dictionary or online. You'll keep their interest much longer if they don't think you're treating like younger kids.

No one is perfect; every one of your characters should have a perceivable flaw or two. Children love to come across a character in a book that reminds them of their best friend or the old man down the block. Just as with adult books, young readers who make a personal connection with a character are more likely to stick with the story to the end. Children's books need to inspire their readers. If the main character always trips over the doorway at school, or milk shoots out of his nose in the lunchroom, a young reader can relate because things like that happen to him, too. When this character saves the day or solves a problem, the readers get the feeling that they can be heroes in their own lives.

Be True to Yourself

If you're writing to earn money and gain readers, the best way to write adult books is to find a popular trend and ride it. 50 Shades of Anything, anyone? Not so with children's books, though. Kids want variety in their stories. Children aren't looking for the familiar when they try out new titles. Everything is new to them; it's their normal state of being. Write the story that's in your heart, and if no one's ever heard of a story like yours, all the better.

Copying someone else's ideas is bad. Redoing your own is a great way to sell more books. Kids love nothing more than a series of books featuring their favorite main character. From Nancy Drew and the Hardy Boys to the Magic Tree House, children will return again and again if your characters are relatable. The key is in having an original story and cast in the first place. Create a world that children enjoy and they'll want to return to it again and again.

Keep the Faith and May the Fore be With You!