3 Musts for Any Novel, According to John Grisham

Author Tony Vanderwarker may be one of the luckiest writers alive. His neighbor and friend is bestselling author John Grisham, who virtually invented the modern legal mystery genre. Grisham graciously agreed to mentor Vanderwarker in writing his first novel, spending two years guiding and tutoring him. During this time he constantly emphasized that there are three absolute requirements for writing fiction, especially popular fiction as it's published today. According to Grisham, without strictly following these three rules, authors have little chance of selling their work, much less making it onto the bestseller lists. 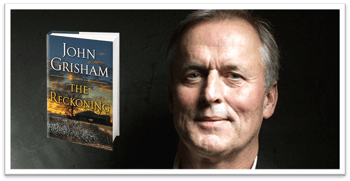 Rule One: The Elevator Pitch

Grisham insists that you must be able to describe the entire plot of your book in one or two concise sentences. He describes his book The Firm as “Young lawyer fresh out of law school gets a dream job that turns out to be a nightmare.” For The Confession, he uses  “How can a guilty man convince lawyers, judges, and politicians that they’re about to execute an innocent man?”

If you can't narrow down your story into one short elevator pitch, you've got too much going on. Maybe you've got two stories smashed together into one. Maybe you aren't focusing on the main event, but rather on sub-plots that take away the reader's attention. Drill down until you reach the core of your story, and come up with a pitch that describes the main plotline of your entire book.

According to Grisham, the beginning and end of a book are easy to write; it's the 300 pages in the middle that are the hardest to produce. Grisham is a strong believer in the power of outlines. According to him, with a completed outline you can have confidence that the story will stay interesting from the beginning to the end. He warns against subplots that wander off and derail the reader's attention away from the main story, advising that all subplots stay parallel to the main story, just next to them on a side path.

Rule Three: Have a Great Hook

According to Grisham, you've got to hook the reader by page 40 or you've lost them forever. Make sure some blockbuster event happens right around that time, and you'll grab their imagination for the rest of the book. If you don't create some kind of hook by the 40th page, most reader's attention will wander and you'll lose them forever. Whether it's a threat, a dead body being discovered, or two potential lovers meeting, make sure it happens during that first 40 pages of your book.